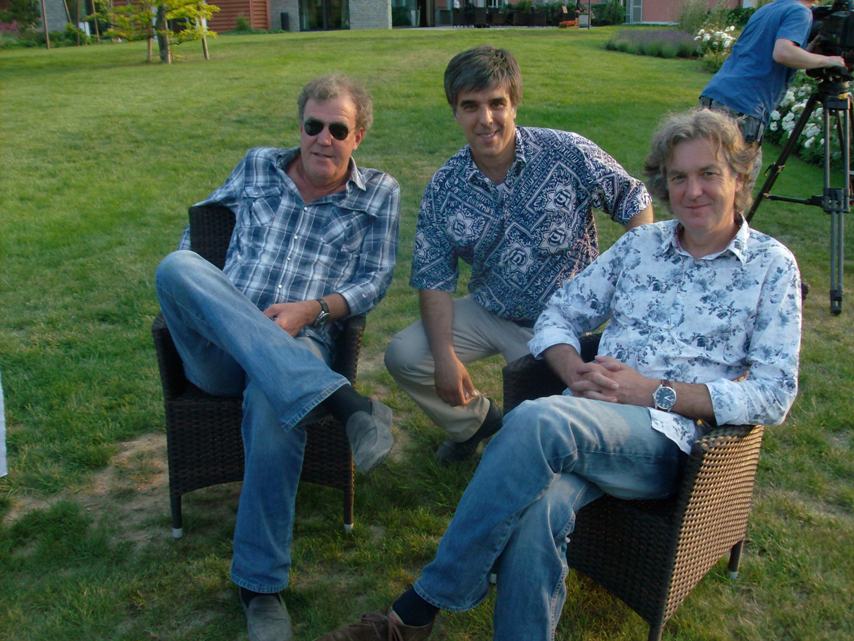 Top Gear’ with Jeremy Clarkson, James May and Richard Hammond

When the producer at Top Gear contacted us saying that he wanted to film Jeremy Clarkson, James May and Richard Hammond getting stuck driving through the narrow streets of a typical Italian town, we suggested they use Lucca as their location. It’s a beautiful medieval Tuscan town, surrounded by an impressive wall. Inside the walls, traffic is severely limited and the locals get around the winding streets on foot or bicycle. We negotiated with the local council to get complete open access to the whole town for free, including the pedestrian-only areas and the top of the medieval wall. The BBC crew numbered over 40 and required several filming vehicles and helicopter coverage. And, of course, they had to eat! As the on-location producers, we organized all the vehicles, local drivers, helicopter, catering, crew transportation, and equipment hire.

Jeremy Clarkson is famous for ad-libbing on set and changing scenes as he goes along, so Fabio had to find contributors and props on-the-spot – an old bicycle in a river, a woman with a dog, and so on! The final product was a great success and is one of the most viewed episodes of TOP GEAR on the internet.